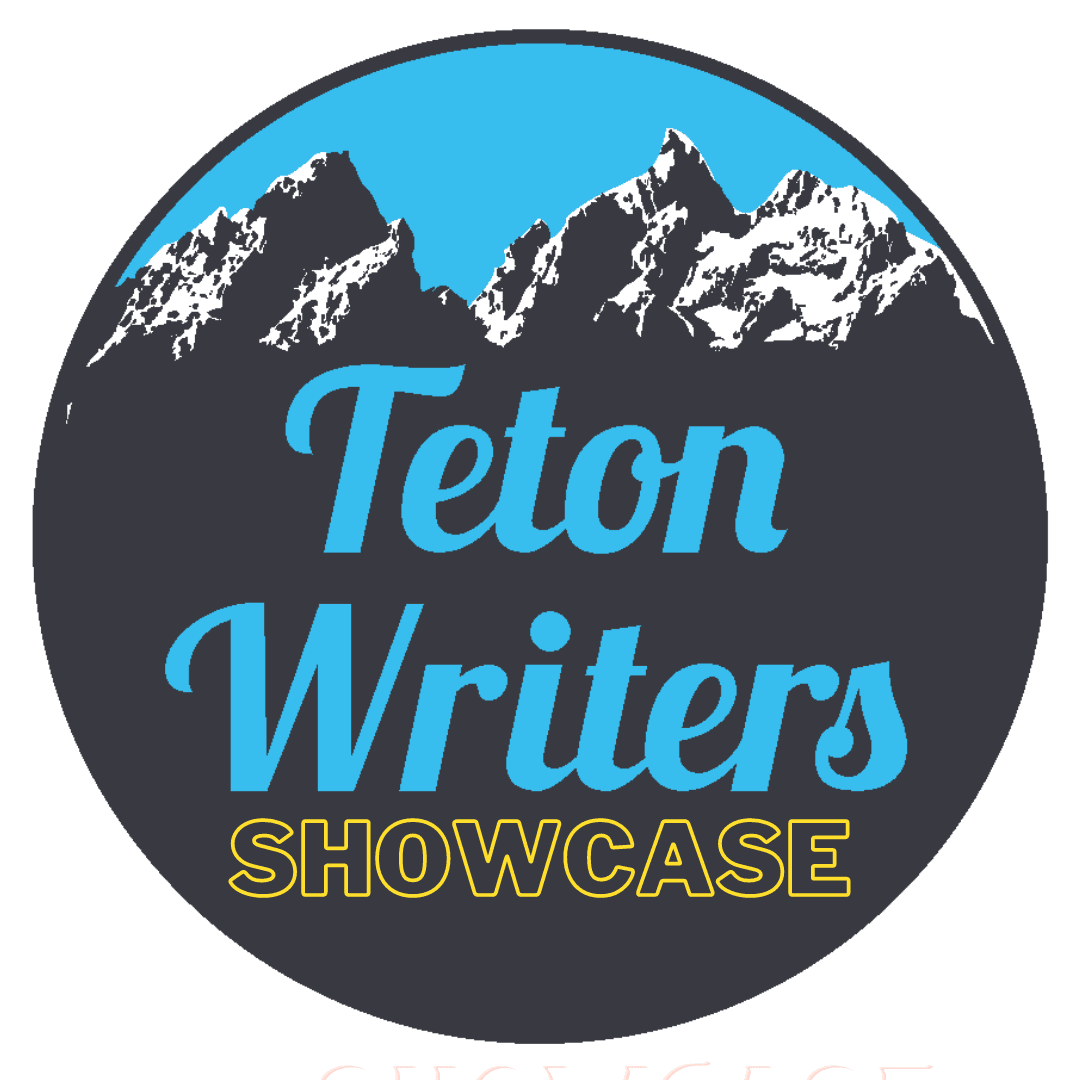 Meet established and emerging authors who call this place home, and find out what inspires their work during their short presentations and Q & A sessions.

WED, MAY 5
6:00 p.m. via Zoom
Don Auten: Top Gun: the legacy and the myth
Jeff Moore: Strive Together: Achieve Beyond Expectations in a Results-Obsessed World
Greg Zeigler: Where suspense meets climate science

WED, MAY 12
6:00 p.m. via Zoom
Joanna Cooke: Modern hearts in historical studies
Matt Daly: MFA? WTF! or: How I learned to write poetry by teaching children how to write poetry
Gayle Marie: The birth of a novel
Nanci Turner Steveson: The magic of writing for children

Don Auten
Top Gun: The Legacy and the Myth
TOPGUN was the lofty realm of the fighter titans, the forgery of fighter tactics and the bloodless proving ground for front-line tactical aircrew. In 1969, based on the fiasco that was the Vietnam War, TOPGUN was commissioned and were charged with improving fighter doctrine to exploit weaknesses in the evolving threat; adjusting procedures to maximize the latest military technologies; and disseminating the fresh tactics, techniques and procedures to the fleet. This presentation tells the story of the rise of TOPGUN.

Donald Auten retired from a 27-year career in Naval TACAIR Aviation. He makes his home in Etna, Wyoming with his wife, Katherine Auten. Donald is the author of Roger Ball!, Odyssey of a Navy Fighter Pilot; Alika, Odyssey of a Navy Dolphin; and soon to be released, Black Lion ONE.

Joanna Cooke Modern
Modern Hearts in Historical Stories
Engaging historical fiction requires a bridge between two worlds—the past time and place the characters inhabit and the modern life of the reader. This talk explores ways to make that bridge to create historical fiction that is immersive and relevant.

Joanna Cooke writes books for young people, focusing on nature and the human experience. Her debut picture book, The Sequoia Lives On, earned a starred Kirkus review, and her middle grade novel, Call Me Floy, was on a School Library Journal Summer 2020 reading list. Due out in Spring 2022, Joanna’s third untitled picture book is a natural history of fire. Joanna earned an MFA in Creative Writing from Lesley University, in the Writing for Young People genre, and an MEd in Elementary Education from Prescott College. Prior to writing, she spent ten years working as an environmental educator and naturalist in California’s Sierra Nevada Mountains. She lives with her husband and son in Jackson.

Matt Daly
MFA? WTF. (or how I learned to write poetry by teaching children how to write poetry)
There is more than one path to becoming a poet. One path is to go to college, to study poetry and poetry-writing with people who really know what they are talking about, and to walk away some years later with a degree and maybe a lead on a publisher and/or a teaching position. This is a great path. This is an expensive path. This is not my path. Another possibility is to be a failure of an aspiring novelist, to live as a part-time, stay-at-home dad and as a part-time teaching artist who gets asked to teach poetry writing in a middle school chemistry class which means you’d better write some poems by way of preparation. This is closer to my path. There are some other twists and turns. I wonder what they are?

Matt Daly is the author of the book-length collection Between Here and Home (Unsolicited Press) and the chapbook Red State (Seven Kitchens Press). He is the recipient of a Neltje Blanchan Award for writing inspired by the natural world and a Creative Writing Fellowship in Poetry from the Wyoming Arts Council. His poems have appeared in various publications. Matt teaches reflective and creative writing in a variety of settings and with a range of audiences. He is the co-founder of Write to Thrive, a business that brings writing practices to individuals and professional groups to cultivate creativity and well being.

Gayle Marie
The Birth of a Novel
I was just a kid in the sixties when I begged my mother to buy Shredded Wheat so I could read about the Wonders of the World on the back of the box. Never once did I dream that I would one day see a “Wonder” with my own eyes, let alone write a novel about one. She describes her extraordinary experience in Peru and shares some photos to help tell the story of how a trip inspired her to write The Serpent, The Puma, and The Condor: A Tale of Machu Picchu.

Gayle Marie’s first career was as an astrologer, and that same curiosity about what makes people “tick” ultimately led to a Ph.D. in clinical psychology. Now retired, she enjoys using her obsessive research methods, her insight into human nature, and her love of magical elements in everyday life, to tell her stories. When not listening in on the imaginary conversations of her characters, Gayle enjoys trail running, hiking with her golden retriever, biking, quilting, and traveling to her favorite places — Peru; Botswana and Zambia, Africa; and anywhere in France. Her book has earned a Gold Medal IPPY; a National Indie Excellence Award; and was a finalist for multicultural fiction at the Next Generation Indie Book Awards. She is at work on her second novel, The Muse of Albi.

Jeff Moore
Strive Together: Achieve Beyond Expectations in a Results-Obsessed World
Jeff introduces the concept of Strivership, an ethic of continuous improvement based on the origin of the word compete: 'to strive together.' Today we live in a world of ambiguity. Young people are entering a workplace that is increasingly disruptive and unpredictable. Simply “working together” was perfect for Henry Ford’s assembly line when change was incremental, making efficiency the top priority. Striving together is the highest form of collaboration because it requires stretching beyond perceived limitations. To thrive in today’s rapid change economy “striving together” is required because productivity and the ability to constantly innovate has become the key to success.

Jeff is CEO of Moore Leadership LLC. He helps leaders in both the corporate world and college sports build championship teams. Jeff's Longhorn Women's Tennis Teams won 2 NCAA Championships, appeared in 2 NCAA finals, advanced to the Final Four 3 times, and won 18 conference titles. He is a member of the Longhorn Hall of Honor, the College Tennis Hall of Fame, and the Texas Tennis Hall of Fame. He has been named National Coach of the Year and was Conference Coach of the Year 10 times. Jeff began his career coaching Women's Basketball at the University of Redlands then coached the Men's and Women's Tennis Teams at the University of Colorado before moving to Texas. He also has experience as a teacher, administrator, and coach at the high school level.

Nanci Turner Steveson
The Magic of Writing for Children
We all know that adults who read have more empathy, more emotional intelligence, and more curiosity than those who don’t read. And, more often than not, their love of reading was ignited as a child, either when someone held them in their lap and read to them, or they picked up a book that changed them in a way they needed at that specific moment in time. As authors, we don’t often get to learn the stories of the kids whose lives were impacted by our writing. But when we do, when we are graced with that knowledge and see how the books we write change the course of a young person’s life — and maybe even save a life — that is better than any award anyone can give me. I’ll share some truly remarkable stories about children who have read my books and for one reason or another, they were lifted up and made to feel powerful at the exact moment they needed to read my words the most.

Nanci is the author of three middle-grade novels (HarperCollins) which have been published internationally and appeared on the Wyoming Indian Paintbrush Award list, the Bank Street College Best Books list, and the Kirkus Reviews Best Books of 2019 list. A fourth novel titled Dog Quixote and the Great Shelter Heist, is told through the point of view of a dog and is forthcoming in 2022. Nanci is on the Board of Directors of the Jackson Hole Writers Conference and runs Almost Authors, a summer writing workshop series and conference for kid-writers only. She is also Director of Education for Off Square Theatre Company and is most proud that she can name almost every wildflower or tree that grows in the national forest behind her home where she rides her horse.

Greg Zeigler
Where Suspense Meets Climate Science
Zeigler’s novels, The Straw That Broke, Some Say Fire, and Rare as Earth (the Jake Goddard and Susan Brand eco-thriller trilogy) have been chosen by libraries, schools and bookstores for their ability to “educate as well as entertain.” But that mix presents its own unique set of challenges. The science must not slow the story. Zeigler presenta his three novels, their focus—both environmental and mysterious—and the process of melding the two so the suspense never wanes while the science is explored.

Gregory Zeigler is a life-long educator, writer, speaker and environmentalist. He is a former NOLS instructor and Executive Director of the Teton Science School. Zeigler holds a B.A. from Washington and Jefferson College in Washington, PA, and a Masters of Education from the University of Utah. He has served as head and on the boards of several independent schools. His first book, a travel memoir entitled Travels With Max: In Search of Steinbeck’s America Fifty Years Later inspired his award-winning short film, "Steinbeck Country."