Our annual story festival devoted to great writing and the great outdoors.

Schedule note: all programs will be held online.

Research can enlarge and deepen the stories we tell. But how do we turn academic literature, interviews, and site visits into something compelling to read? In this 2.5 hour workshop, writers will discuss strategies for rich note-taking, how to approach quoting others, the task of turning dry or dense information into buoyant prose, and deciding which research--or how much--to actually lace into a piece of writing. Author Katherine Standefer will reflect on the writing of her new book Lightning Flowers: My Journey to Uncover the Cost of Saving a Life, which uses research and reporting on mining, medical technology, and the American healthcare system to contextualize her own deeply personal story. Click here to register and get Zoom details.

Blue Sky Kingdom, the new book from Canadian adventurer Bruce Kirkby, is a warm and unforgettable portrait of a family seeking to escape distraction by traveling to a remote Himalaya Buddhist monastery, where they enter an ancient world rich with possibilities and new understandings. In a presentation packed with images and video, Bruce will explore life in a Tibetan Buddhist monastery, travel with a young family and the process of writing. Click here for Zoom details.

In these tough times it can be hard to feel excited about climbing. So Irene will give you a little inspiration and a few more places to put on your bucket list. She'll take you on a photographic journey of a few of her favorite places, hopefully getting you excited to get back out there whatever your climbing ability. Click here for Zoom details.

In 1986, twenty-year-old Chris Knight drove into rural Maine, abandoned his car, and disappeared into the woods. He would not have a conversation with another person for the next twenty-seven years. What happened to Chris Knight? Where did he go? How did he survive? Why did he leave the world? What did he learn? Journalist Michael Finkel was the only writer Chris Knight has ever agreed to speak with. Finkel, the author of the New York Times bestselling book "The Stranger in the Woods," will answer all of these questions and more. Click here for Zoom details.

You do not need to be a writer to enjoy this generative workshop that might give you (hopefully) the last project to get you through the pandemic. While traveling isn’t recommended now, local freelance travel writer and editor Dina Mishev will offer prompts that will inspire you to revisit old trips in new ways, and can provide the framework to create a collection of travel essays for yourself, to share with family and friends, or to pitch for publication. For aspiring freelance writers, the workshop will end with a Q&A about travel writing and pitching national newspapers and magazines. Click here to register and get Zoom details.

John Long arrived at The Four-Step Process through a process of elimination after a decade of teaching writing symposiums, and was the only curriculum he found that markedly improved the quality and dynamic range of student’s stories. Because the Four Steps concern narrative technique and architecture, rather than content (themes, subject matter, genre, etc.), so long as you understand and learn the Four Steps, you can apply them to any narrative form (from poetry to short stories to fill in the blank). Click here for Zoom details.

Katherine E. Standefer is the author of Lightning Flowers: My Journey to Uncover the Cost of Saving a Life, which was named one of O, The Oprah Magazine's Best Books of Fall 2020, selected as a Staff Pick by the New York Times Book Review, featured in People Magazine and on NPR's Fresh Air, and awarded a starred Kirkus review. The book was shortlisted in 2018 for the J. Anthony Lukas Work-in-Progress Prize from Columbia Graduate School of Journalism and the Nieman Foundation for Journalism at Harvard. Standefer's work previously appeared in The Best American Essays 2016. She has been a Logan Nonfiction Fellow at the Carey Institute for Global Good and a Marion Weber Healing Arts Fellow at the Mesa Refuge. She earned her MFA in Creative Nonfiction from University of Arizona and teaches for Ashland University's Low-Residency MFA. Standefer lived in Jackson Hole on and off between 2000 and 2009, and now resides on a juniper- and piñon-studded mesa in New Mexico with her chickens.

Bruce Kirkby is a wilderness writer and adventure photographer recognized for connecting wild places with contemporary issues. With journeys spanning more than eighty countries and thirty years, Kirkby’s accomplishments include the first modern crossing of Arabia’s Empty Quarter by camel, a descent of Ethiopia’s Blue Nile Gorge by raft, a sea kayak traverse of Borneo’s northern coast and a coast-to-coast Icelandic trek. A former columnist for The Globe and Mail, author of three bestselling books and winner of multiple National Magazine Awards, Kirkby's work has appeared in the New York Times, Outside magazine and Canadian Geographic. He makes his home in Kimberley, BC.

Irene Yee is a rock climbing and adventure photographer based on the west coast. She started rock climbing out of pure joy and picked up a camera soon after. Her focus is to uplift women, BIPOC, and the LGBTQIA2+ communities; choosing to highlight those pushing their own personal limits and finding inspiration in those with passion over muscle. She is internationally published (with her work appearing many times in Climbing Magazine, Rock and Ice, and Alpinist), and has worked work with companies like The North Face, Marmot, Outdoor Research, Mountain Hardware, Parks Project, and the Honnold Foundation.

Michael Finkel is the author of the New York Times bestseller The Stranger in the Woods, about a highly intelligent man who lived alone in the forest of Maine for 27 years, as well as the book True Story, about Finkel’s bizarre and unhealthy friendship with a murderer, which was adapted into a motion picture produced starring James Franco and Jonah Hill. Finkel has reported from more than fifty countries across six continents, covering topics ranging from the world’s last hunter-gatherer tribes to conflicts in Afghanistan and Israel to the international black market in human organs to theoretical physics. His work has appeared in National Geographic, GQ, The Atlantic, Esquire, Rolling Stone, Vanity Fair, and The New York Times Magazine. He lives with his family in western Montana and southern France. (photo credit: Doug Loneman)

Dina Mishev was a finalist for the 2020 Global Travel Writer of the Year from the Global Travel Media Alliance. Sadly she did not win. And, to put it out there, can we add that she is currently working on a memoir about mountain adventure, travel, cancer, Jackson Hole, and The Cheesecake Factory? @myspiritanimalisatrex

John Long has written over 40 books, with more than two million copies in print. His literary short stores have been translated into many languages. Long is the recipient of a National Book Award, the H. Adams Carter Literary Award from the American Alpine Club, has won the Grand Prize at the Banff Film and Book Festival, etc. His newest book, Last Place on No Map, is due out in March 2021. 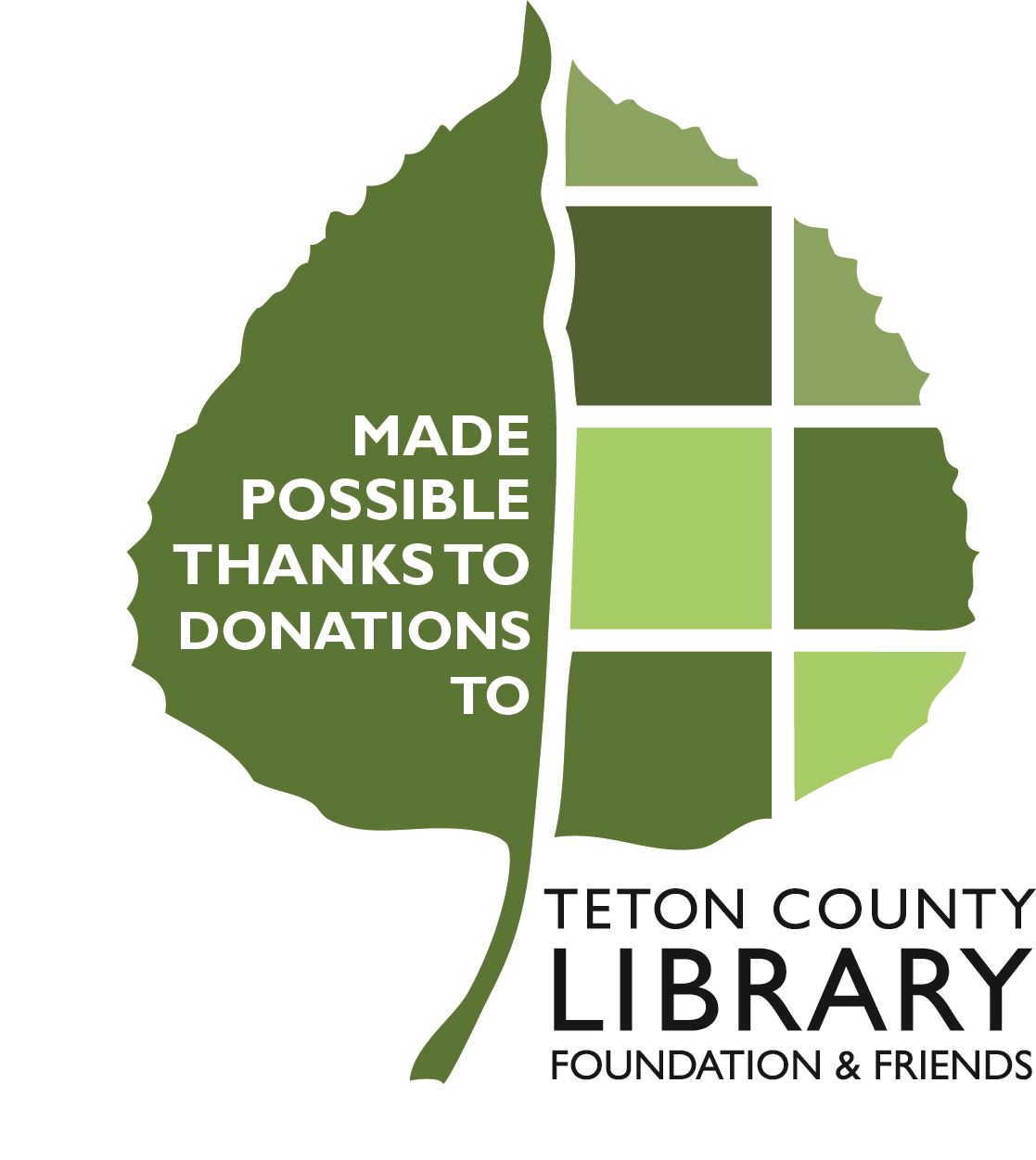 Mountain Story and other programs are made possible through your donations, large and small, to Teton County Library Foundation & Friends.