Page to the Podium 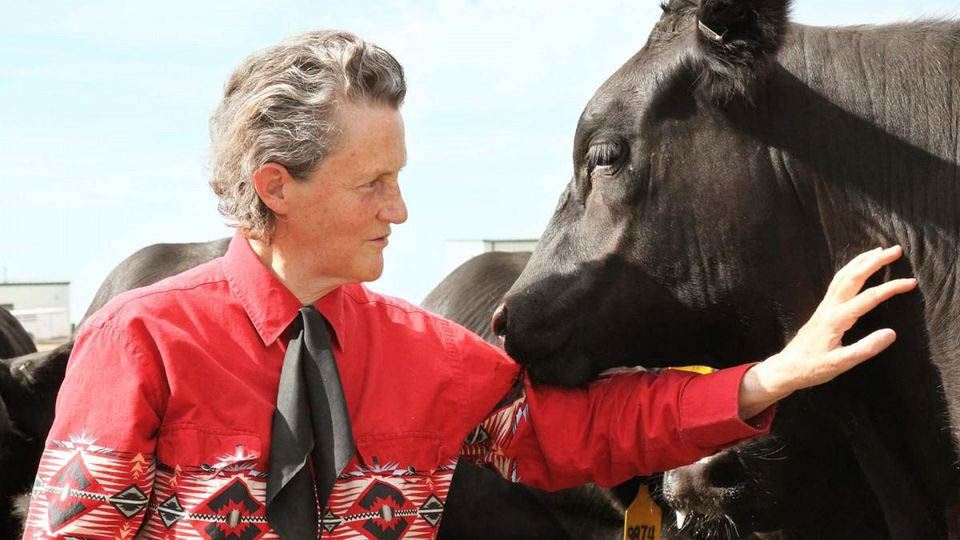 Join us for our first-ever online

Page to the Podium presentation!

Dr. Grandin starts with a short talk, followed by a longer question and answer session. We're compiling a list of questions from the community in advance: click here to email a question for Dr. Grandin.

The first 100 people can join via Zoom (details at the bottom of this page); those after 100 can view the livestream--the link will be posted here 15 minutes before the talk, at 6:45p.m.

You have most likely read about author and speaker (and inventor!) Temple Grandin in Time Magazine, New York Times, Discover Magazine, Forbes or USA Today. Or have seen her featured on any number of national television shows. Or have seen the Emmy Award-winning HBO movie about her life starring Clare Danes. Or watched her TED Talk (we've shared it below in case you haven't).

Whether you know, love or are a person labelled autistic, work with farm animals, have a pet, or care about how others see the world, you won't want to miss Dr. Grandin's talk on the world’s need for different kinds of thinkers that delves into her work with animals and her experience with autism.

Dr. Grandin did not talk until she was three and a half years old.  She was fortunate to get early speech therapy.  Her teachers also taught her how to wait and take turns when playing board games.  She was mainstreamed into a normal kindergarten at age five.  Oliver Sacks wrote in the forward of Thinking in Pictures that her first book Emergence: Labeled Autistic was “unprecedented because there had never before been an inside narrative of autism.” Dr. Sacks profiled Dr. Grandin in his best selling book Anthropologist on Mars.

Dr. Grandin became a prominent author and speaker on both autism and animal behavior. Today she is a professor of Animal Science at Colorado State University. She also has a successful career consulting on both livestock handling equipment design and animal welfare. She has been featured on NPR (National Public Radio) and a BBC Special – "The Woman Who  Thinks Like a Cow". She has also appeared on National TV shows such as Larry King Live, 20/20, Sixty Minutes, Fox and Friends, and she has a 2010 TED talk. Articles about Dr. Grandin have appeared in Time Magazine, New York Times, Discover Magazine, Forbes and USA Today. HBO made an Emmy Award winning movie about her life and she was inducted into the American Academy of Arts and Sciences in 2016.

When she was young, she was considered weird and teased and bullied in high school. The only place she had friends was activities where there was a shared interest such as horses, electronics, or model rockets. Mr. Carlock, her science teacher, was an important mentor who encouraged her interest in science. When she had a new goal of becoming a scientist, she had a reason for studying. Today half the cattle in the United States are handled in facilities she has designed. Read more on her website>

Zoom details for the talk: